↓
Home→Political→Our Freedoms to Prosper are Promised and Guaranteed

Freedoms are challenged by inseparable facts and truths which are extremely elusive! What are purported to be the latest facts, or gossip, about many celebrities, politicians, religious leaders, and innumerable other “actors” of society – both past and present – Do not “pass muster.”  The proclamations also become “local” among friends, relatives, and acquaintances.  Much of the gossip evolves into scandals – real and imaginary.  Much of it adds up to self-promotion, public relations.  Many reports become myths.  But their entertainment is freedom. 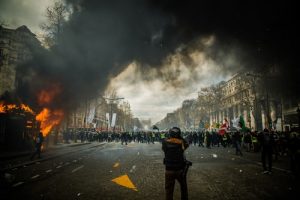 In my opinion, the administrators who allow the illegal activity to continue are accomplices and are depriving the lawful public of the security and freedoms they are sworn to protect.  They should quickly bring the unlawful activity under control, even to the extent of applying lethal force.  The fact that a city, Seattle, allowed a police precinct to be overrun and forced to evacuate it, and a large chunk of the city, is disgraceful and dereliction of duty to the employees under their control and the public at-large.  No lawful citizen should be prosecuted for refusing to stop their vehicle when a hostile person or mob attempts to block their path.  Their life is in immediate danger if they stop.  The administrators involved in the above failures to perform their lawful duties should be removed from their positions and prosecuted.