↓
Home→Religion→Where Did Your Demons Originate? When? Can You Name Them?

Theories about Demons Are Several 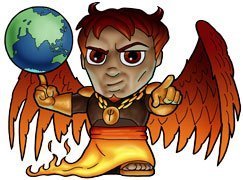 Our Demons Can be Many

Demons!  Demons first mentioned in the Holy Bible, where did they come from? When did demons come into existence?  How long have demons existed?  Are demons different from evil spirits?  Are demons a product of Satan?  Are demons also fallen angels?  While I was having breakfast one morning (March 7, 2021), with a group of friends, that question was asked and generated quite a bit of discussion.  The discussion resulted in no definitive answer.  Upon returning home I embarked upon some research to answer that question for myself.  The first reference consulted was an article by Don Stewart of BlueLetterBible.org: Where Did Demons Originate? (blueletterbible.org).

Scripture makes it very clear that demons exist, it does not, however, tell us where they came from. Though various theories have been put forward, no one knows for certain about their origin. The Bible simply does not tell us. The best answer seems to be that demons are fallen angels, since the same titles are applied to both of them.

Question: “Where do demons come from? What is the origin of demons?”

Answer: Demons are mentioned numerous times in the Bible. The Old Testament refers to them directly as “demons” (3 times), “evil spirits” (8 times), or sometimes in a more obscure sense such as “prince” (in Daniel 10). The New Testament mentions demons many more times, calling them either “demons” (daimónion) or “evil spirits” over 80 times. The origin of demons is not explicitly addressed in Scripture, but there are clues.

The etymology of the Hebrew and Greek words used to denote demons indicate that demons, in general, are powerful entities that transcend ordinary experience and the space/time physical nature of humanity; i.e., they are incorporeal beings.

Question: “What does the Bible say about demons?”

The demons/fallen angels are enemies of God, but they are defeated enemies. Christ has “disarmed the powers and authorities,” and He has “made a public spectacle of them, triumphing over them by the cross” (Colossians 2:15). As we submit to God and resist the devil, we have nothing to fear. “The one who is in you is greater than the one who is in the world”  (1 John 4:4).

Demons and the Unseen World

What is the origin of demons? According to the Bible, the origin of evil and, subsequently, demons or evil spirits began with the fall of Lucifer. Most Bible students are fully aware of this.

Some people believe that Satan and evil spirits do not exist. They are very foolish. The origin of demons began with the fall of Satan and the subsequent fall of angels. Satan also led man into falling into sin. However, we all have hope because Jesus died on the cross to take away our sin and give us hope for a future where evil does not exist. Satan, the Nephilim, and fallen angels have already been defeated.